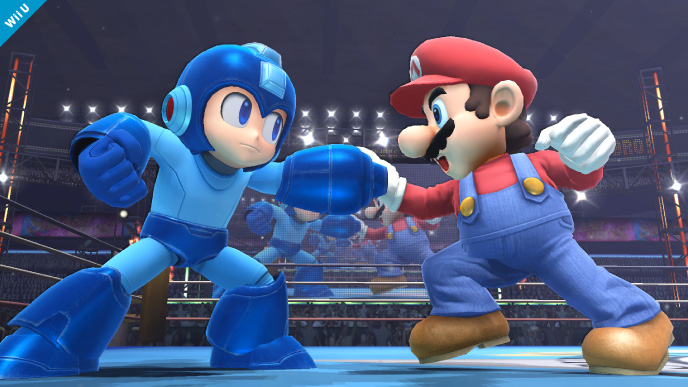 Between Nintendo’s overzealous Nintendo directs and general promotion, the release of the 3DS demo, and a number of leaks, we now have a full list of characters that will be appearing in the upcoming Smash Bros. games for 3DS and Wii U. Needless to say, look away now if you’d prefer to experience the game

All the usual names are there, along with a plentiful selection of new additions. One of the poster boys from Pokemon X & Y – Greninja – makes his Smash Bros. debut, Pac-Man’s sure to eat his way to the top, Mega Man finally joins the roster after much clamouring from fans, and (bizarrely) the Duck Hunt Dog has been included, leaving me baffled as to how Nintendo are going to shoehorn a moveset onto a character that never did anything other than collect dead ducks and laugh.

Despite the hefty total of 49 fighters, some characters from previous installments have still been left out in the cold, most notably Star Wolf (though not particularly surprising considering his similarities to Fox McCloud and Falco Lombardi), fan favourite Ice Climbers, the oft-requested Mewtwo, and Snake of Konami’s Metal Gear Solid series.

Super Smash Bros. launches for 3DS on the 3rd of October in the UK, with a release date for the Wii U version yet to be announced.