Talking Point: What the Steam Box Means for the Future of the Xbox 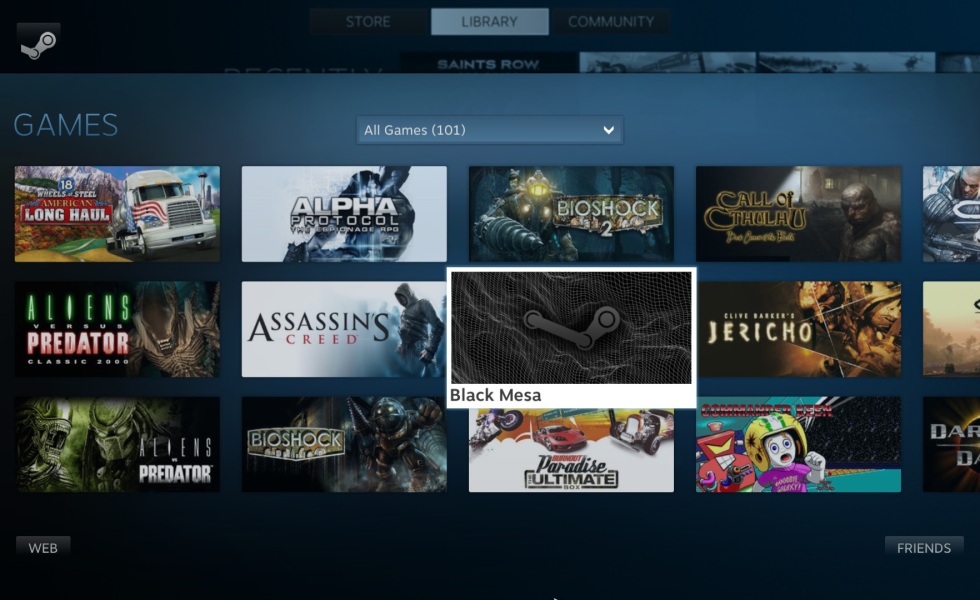 A Catalyst for a Revolution…

The most exciting time for gamers everywhere is rapidly approaching… The dawn of a new generation of consoles. Sony have already set the date for their supposed PS4 announcement, leaving Microsoft as the only company yet to release any morsel of information regarding their next-gen system.

Speculation is running rife regarding the next systems: Will they render the pre-owned market obsolete? Kinect and Illumiroom included in the box? Will Blu-Ray be Microsoft’s format of choice? Will it even support physical media? But few consoles have received as much build-up as the newest entrant to the console war, Valve’s proposed Steam Box.
For those unfamiliar with the Steam platform, it’s the dominant digital distribution format for PC gaming and, as a result of dirt-cheap storage, has quickly become the definitive PC gaming platform. Steam is a mature and polished platform that fits well alongside the Xbox Live Marketplace and offers the majority of multi-platform releases and more besides. Looking for Far Cry 3? There it is… The Walking Dead? All 5 episodes… Skyrim? Arguably the definitive version, thanks to Valve and Bethesda’s support and encouragement of user-generated content and mods. It’s open and liberal, and that is one of its greatest assets in a world where both Microsoft and Sony appear to do all in their power to wrestle control away from consumers. As well as gaming, Steam has recently branched out into non-gaming apps, which sets it up perfectly for a future as the system behind a living-room based media hub and gaming platform, one which could be placed as a direct competitior to Microsoft’s Xbox.

Built on the Linux Kernel, the concept of the Steam Box is basically what the Xbox 360 has been since its release; a gaming optimised, TV connected PC. Even down to the components and modular format, not even the Xbox 360 has managed to achieve this level of parity with PC gaming, and with Steam already enjoying an established user-base and a vast library of games, Microsoft and Sony should be taking notes.

The prospect of plugging in your box for the first time, logging into your Steam account, and seeing all of your purchased games, saves and DLC waiting to be downloaded is tantalising. If you’re someone that purchases a lot of On Demand games via the Xbox Live Marketplace, then in generations past you may have resigned yourself to digging out that transfer cable and preparing for a long wait while the bits and bytes tediously transfer over to your new machine, once again making allowance for an industry that never quite seemed to be making the strides it was capable of. This is the reason why Valve’s arrival in the console market could be one of the most exciting things to happen to the Xbox, and gaming in general, for a long time. That’s not to say that Valve’s vision will thrust them to the forefront of the market, eclipsing the phenomenal success of the Playstation 2 or the Xbox 360 in the process, but with the Half-Life developer’s highly-publicised and ‘Google-esque’ vision of an asynchronous relationship between devices, it’s hard to believe that Microsoft and the other gaming Goliaths aren’t already making huge strides to nip this potential threat in the bud.

Valve’s open and forward thinking approach has to stir their competitors into action, and there are few companies better equipped to take advantage of this situation than Microsoft, with an incredible share of the PC market, their own mobile OS in Windows Phone 8, a presence on all major mobile operating systems with SmartGlass, (arguably) the most successful console of the current generation, and an online infrastructure that puts all others to shame. If Microsoft take a page out of Valve’s book and create a true cross-platform experience with Xbox on Windows, then so many doors will open for the company. Sure, an Xbox gaming experience is already a feature of Windows 8, but with Angry Birds, Fruit Ninja and Jetpack Joyride being among the standout titles, the service is hardly pulling up any trees. This will surely improve going forward, but with Steam making huge strides in this area, then it can only be a positive thing to have Valve jumping head-first into the console market and creating a gaming presence that will mobilise their competitors and pull the entire industry forward with them.

What the current Xbox experience is starting to do successfully centres around the evolving entertainment experience that has been gradually introduced over recent months. Xbox SmartGlass is a surprisingly polished application that allows users to browse their games, view achievements, see what their friends are up to, and even control their Xbox remotely. Rather than leveraging this application and functionality to the advantage of Windows Phone, SmartGlass has found a home on both iOS and Android, platforms that Microsoft has zero stake in. This willingness to support competitors’ operating systems is the opposite of the stifling Apple approach, and provides a huge amount of optimism going forward. It finally seems as if Microsoft have cottoned on to current trends and their strategy demonstrates that.

Alongside SmartGlass, the Microsoft Surface demonstrates some brilliant examples of asynchronous multiplayer between tablet and console, and if they can improve upon this functionality while carrying it into the ‘Durango’ project, then it is clear that the entire Xbox experience is evolving in some promising ways that Steam simply can’t offer unless they decide to launch their own accompanying array of devices.

Ultimately, it seems as if this generation of consoles could be the most exciting yet. We’re at a crossroads of technology and innovation, and the industry could take any number of paths. While neither Sony or Microsoft are unlikely to be discarding physical media any time soon, the fact that we will have a console in the form of the Steam Box that relies entirely on digital downloads is an exciting and progressive prospect. We could also see the collapse of the pre-owned game market (if rumours are to be believed), although it’s doubtful that either of gaming’s top dogs will risk being the first to hinder their consumers in this manner and thrust themselves into the negative spotlight.

While it’s unlikely that the Steam Box will be the revolution it is claiming to be, it certainly seems as if its introduction will be the catalyst that inspires the revolution. It’s a true cloud experience in how it manages your games, saves and DLC, and while the Xbox 360 has taken some steps into cloud storage, the offering has proved very limited and clumsy. Microsoft will be unable to rest on their laurels after this increase and transformation in competition, and it seems certain that we will now see some massive strides forward in this area in order to fend off any challengers to their crown.

With every blow a company deals, the consumers edge ever closer to winning. Roll on E3!

I wrote this for Pure Xbox. I’m crossposting it here for my archive.

← 2012: My Top 5 Gaming Obsessions
5 Things We Learned From The PlayStation Meeting →